Embark believes in making Sri Lanka free of rabies by conducting vaccination and population control programs. We have successfully completed mass sterilization and vaccination programs in Jaffna, Sigiriya and Colombo during the past years. Vaccinating at least 70 -80% of the dog population in a selected area create a barrier which effectively controls the spread of rabies, while sterilization helps manage the population resulting control of the spread of disease.

Day programs have been and are conducted at present in Hospitals, Hotels, Universities, communities and other government and private organisations where caring citizens have sought Embark’s support to provide a sustainable and humane solution to the problem of over-population.

Embark works with many veterinary partners to vaccinate and sterilise street dogs who are looked after by communities. All pups given up for adoption are vaccinated against rabies, distemper and parvo, and the females are sterilized. Embark advises on neutering the male dogs at the right age which prevents aggression and roaming.

The number of human rabies deaths in Sri Lanka has declined from 377 in 1973 to 8 in 2018. The reducing figures and the manageable street dog population leads to a more harmonious relationship between animals and humans.

Embark completed a Mass scale CNVR program in Anuradhapura in 2018 together with Tsunami Animal People’s Alliance. The program was funded by the Brigitte Bardot Foundation. The program, which was carried out in 2 phases, sterilized 1043 and vaccinated 1346 dogs in total. 1304 dogs were treated for various communicable diseases.

The spread of rabies has decreased drastically over the years, however it still poses a threat to both humans and animals. The main reason for deaths in Sri Lanka are non-vaccination of dogs against rabies.

The combination of sterilization and vaccination is vital in the attempt to eradicate rabies and manage population growth. In conducting these programs, Embark ensures international standards are maintained both on the field and in house.

Embark responds to vaccination and sterilization requests throughout the island as and when possible. One day programs are conducted to address small scale issues at hospitals, communities and other organisations. For this year March 2020 we have completed over 10 such programs and sterilized and vaccinated over 500 street dogs

Upon request from the Defense headquarters, Embark carried out a one day sterilization, vaccination and treatment program on the 28th of January, 2020. The veterinary support was provided by Vets for future organization. A total of 59 sterilisations and vaccinations and 6 treatments were completed. The program was sponsored by Kess Salons

A sterilization and vaccination program was carried out on the 31st of January, 2020 upon request from the community. A total of 70 sterilisations, 117 vaccinations and 10 treatments were carried out. The veterinary care was provided by Vets for future team. 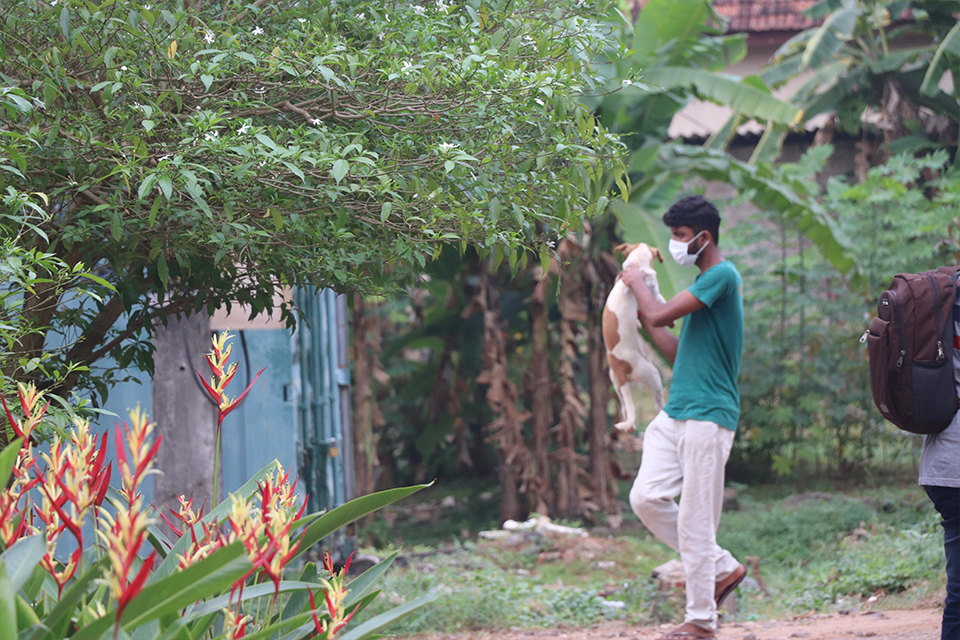 A one day CNVR program was carried out on the 3rd of February, 2020 in Bandaragama. The program sterilized 55 dogs and vaccinated 80. The veterinary support was provided by Vets for future organization.

A one day CNVR clinic was held on the 24th of February, 2020 in Hirana Panadura. Another community project which was held for the 2nd year, sterilized 75 street dogs, vaccinated 138 dogs and treated 4 dogs for minor ailments.

Phase 1 of the catch –neuter- vaccinate-release program was held at the Colombo Port from the 24th to 28th July 2019. The program was initiated by the Colombo Port which is considered an achievement as it the first time a large government institution has come forward to request support in finding a humane method to control the dog population.  A total of 245 dogs and cats were sterilized, 278 rabies vaccinations administered and 19 treatments were carried out during the 5 day program. Embark together with the Vets for future veterinary team will be working at the Port in the months to follow.

Embark together with the Vets for future Veterinary team travelled to Nagadeepa Islands in March and July 2019 to carry out a CNVR program. Each phase lasted 3 days and completed a total of 293 sterilisations, 299 rabies vaccinations and 40 treatments. The program was supported by the Rufus Trust and the Sri Lanka Navy. 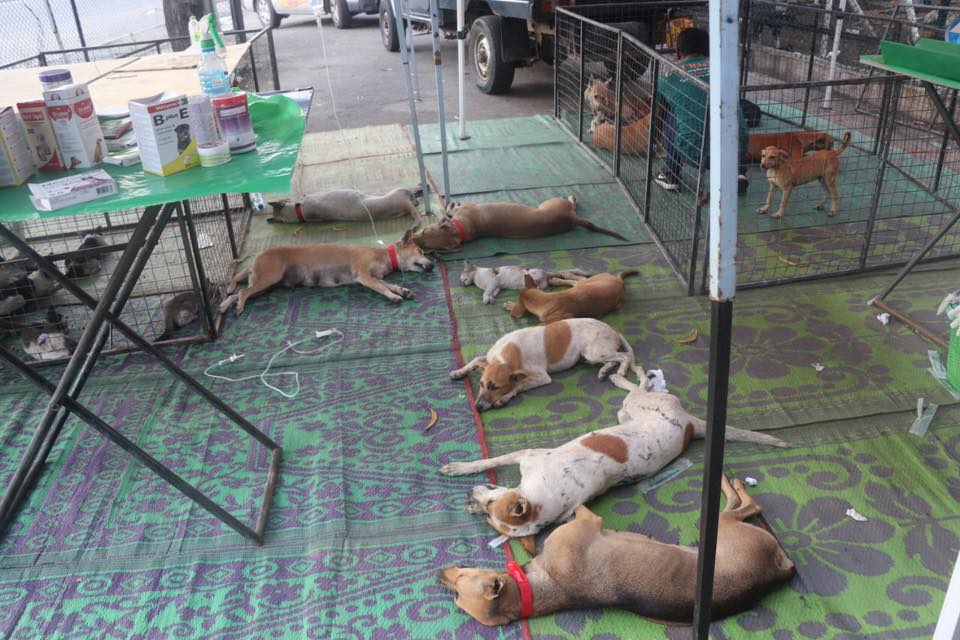 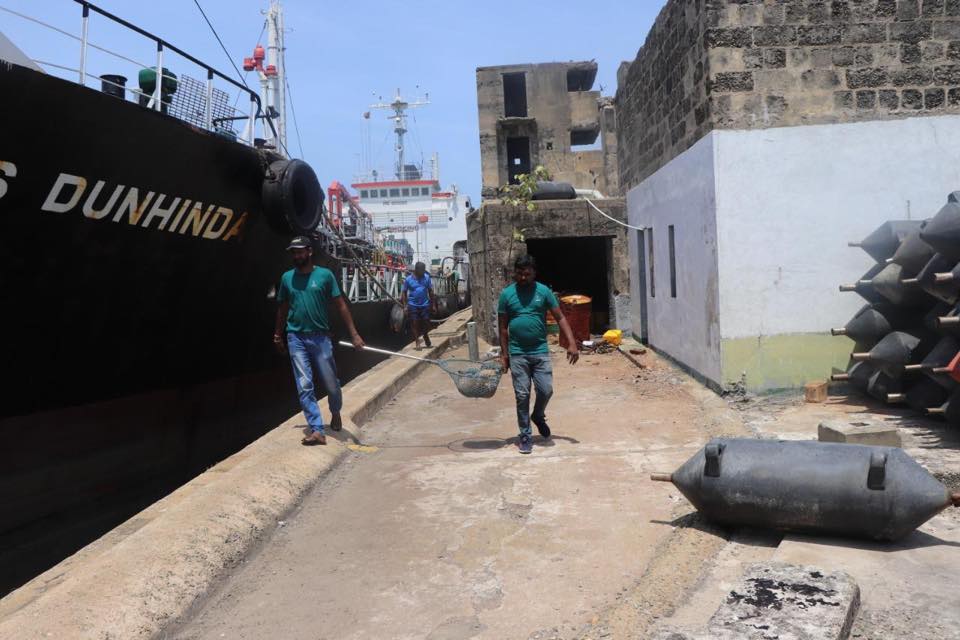 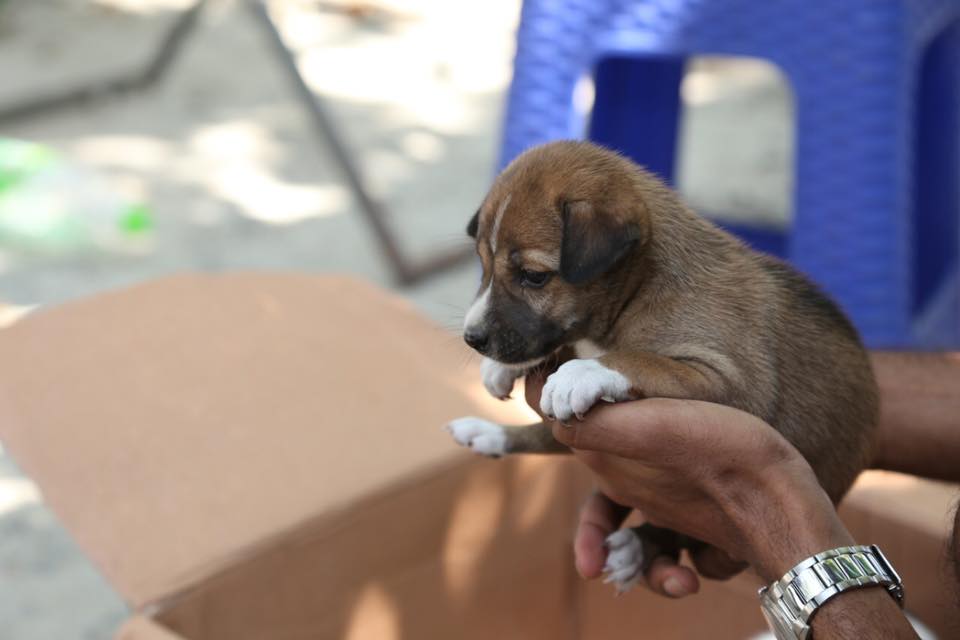 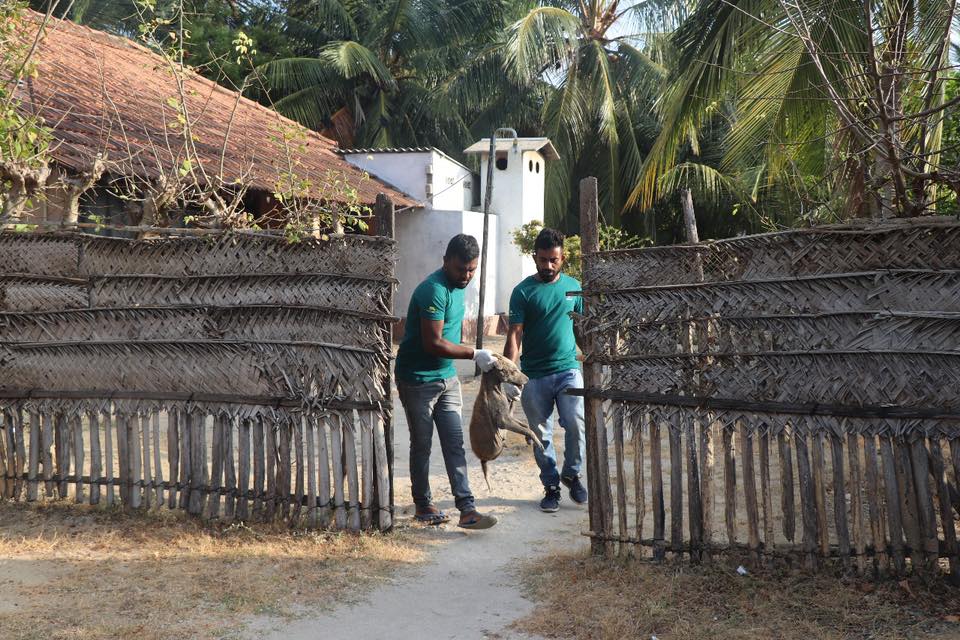 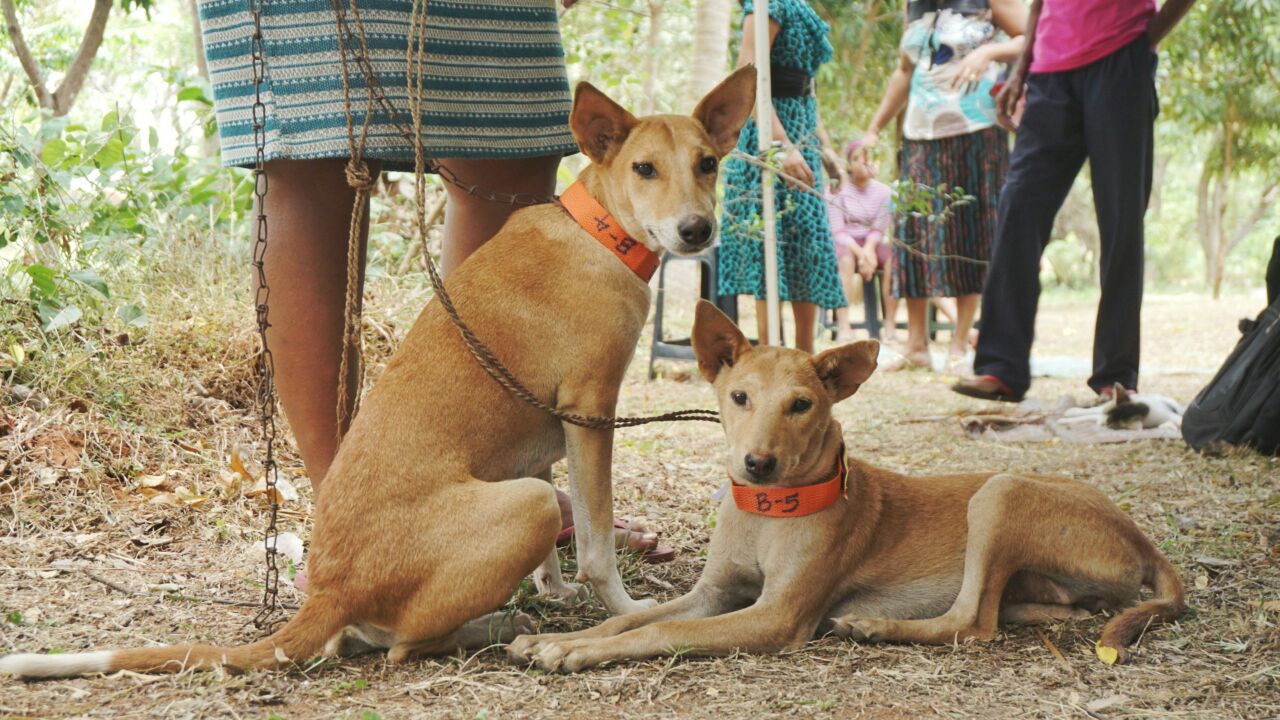 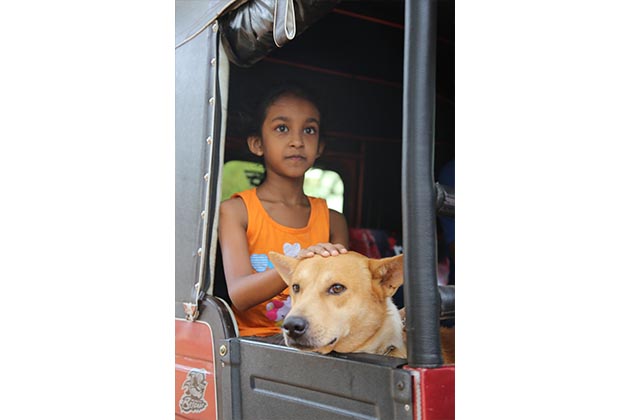 Upon the request of the Northern Naval Command SLNS Uththara, Embark together with Best Care Animal Hospital carried out a CNVR program from the 12th to 18th of February 2019. A total of 265 vaccinations, 228 sterilizations and 274 treatments were successfully completed within the KKS and AGBO Naval Bases. A number of volunteers travelled to KKS along with the team to provide support and receive hands on training on basic medical treatments.

Embark together with the Tsunami Animal People’s Alliance as its vet partner carried out a CNVR program within the Anuradhapura Municipal Limits in 2 phases during the months of July and October 2018 respectively. During the 18 days of work in Phase 1, a total of 695 sterilisations, 940 vaccinations and 1076 treatments at 13 locations. Phase 2 completed 348 sterilisations, 406 vaccinations and 228 treatments at 7 locations. The project employed a sustainable approach to dog-population management, and as such it was implemented in close collaboration with local communities, authorities and public officials. The project targeted a minimum 80% of the population of roaming dogs, and additional owned dogs for surgical sterilisation and anti-rabies vaccination.

The Yarl Animal Protection Project began in July 2014 with the goal of eradicating rabies, controlling stray dog overpopulation and creating a healthy and safe environment for dogs and communities in the Jaffna Municipal Area. The project is co-funded by Fondation Brigitte Bardot, TAPA Sri Lanka, Dogstar Foundation and Embark. All field clinics were organized in close coordination with the JMC staff, veterinarians, and the local MoH and PHIs.

A pre-intervention dog population survey was carried out in March 2014, in close partnership with local PHIs. 06 of 47 GS Divisions ranging in sizes and populations were selected as a representative sample. A team of vets and handlers were deployed in partnership with local PHIs, who carried out a comprehensive, physical dog count within the selected GS divisions. Findings from the survey estimate the Jaffna Municipal area to have a roaming dog population of 4,300. Figures from the Municipal Council’s vaccination program also indicate an owned dog population of 7,000. The project targets sterilization and vaccination for 70% of owned and roaming dogs.

As at February 2015, the program had sterilized 832, vaccinated 889 and treated 488 owned and street dogs in the Jaffna Municipal Council.

The project has benefitted greatly by the committed involvement of community organization members, JMC technical officers and JMC handlers. They have helped select and set-up appropriate locations for field clinics, ensured access to electricity and water, and have arranged for community announcements to be carried out on a regular basis. JMC handlers have also worked alongside the veterinary team, helping educate the community, catching roaming dogs, and supporting release after surgery. 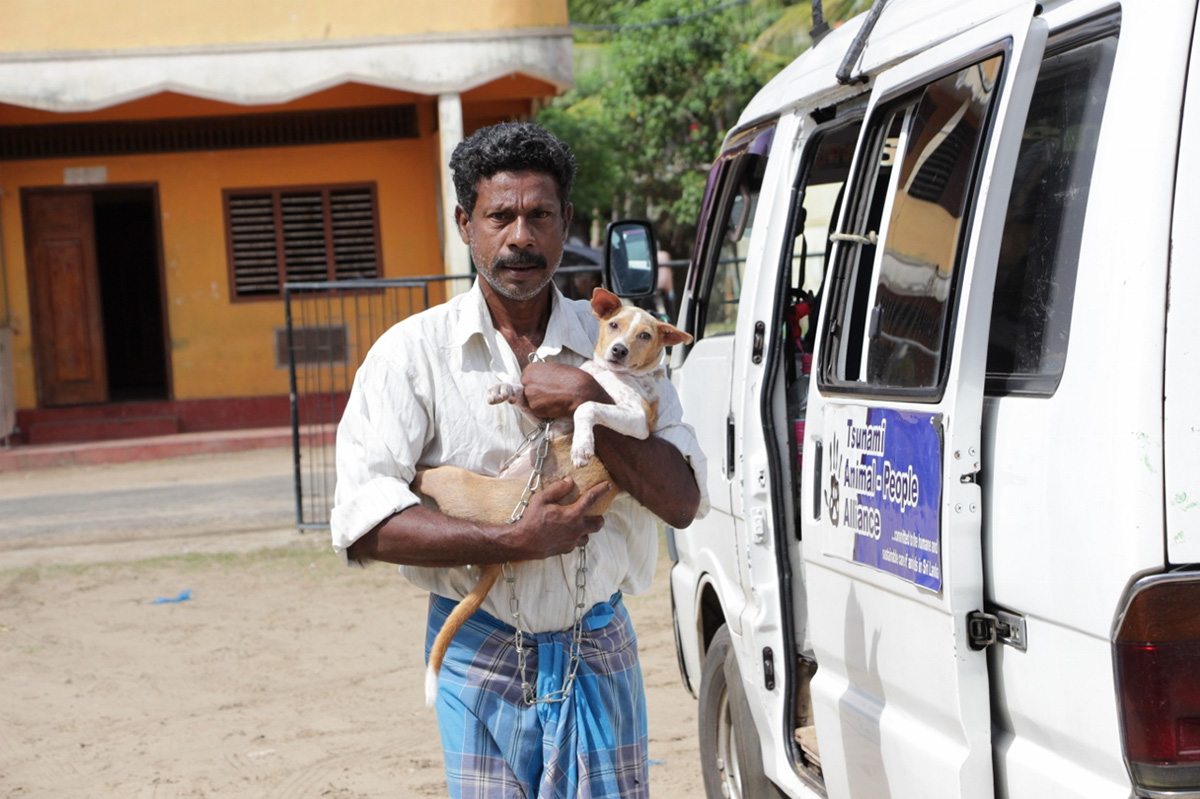 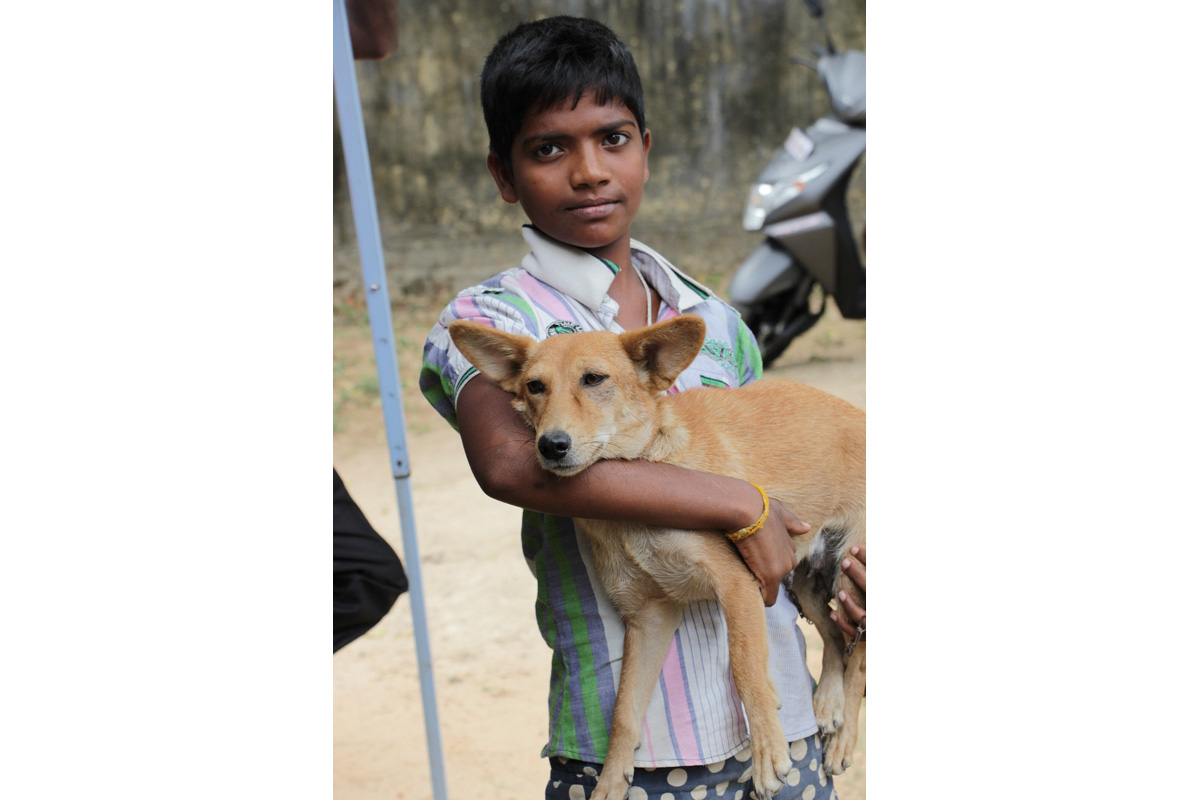 Initiated In November 2011, the Maharagama Project targets the entirety of the Maharagama DS division. The project focuses on the stray dog population and rabies control via surgical sterilisation and comprehensive anti-rabies vaccination coverage. This is supported by an education programme which focuses on creating awareness and educating the public; nurturing responsible pet ownership and encouraging communities to sterilise and regularly vaccinate owned dogs.

An intitative by Embark and TAPA, all activities are carried out in collaboration and consultation with local Public Health Inspectors (PHIs) and office of the Medical Officer of Health (Government representative of the Department of Health Services).

Since its inception in November 2011, the project has completed the targeted 70% vaccination of all owned and roaming dogs (achieving up to 81%). To date, a total of 2,005 sterilisations, 18,183 vaccinations and 4,701 treatments have been carried out on animals for contractable diseases like TVTs or mange. The team has also worked in local schools, creating awareness on the dangers of rabies, and educating primary and secondary level students on dog-bite prevention and responsible pet ownership.

The historic sites in Sri Lanka draw thousands of tourists each year and the street dogs inevitably follow in search of food. Large concentrations of street dogs are found in these areas, as a result. Embark launched Project Sigiriya in 2014, upon receiving several requests to address the growing numbers of dogs in the area. This program was successfully completed in August 2015.

Project Sigiriya is funded by the Fondation Brigitte Bardot, Embark and Jetwing Hotels Sri Lanka, the project partners with the Tsunami Animal People Alliance (TAPA) as veterinary service provider. All activities were carried out in coordination with the regional Tourist Authority, Medical Officers of Health (MoH), and local Public Health Inspectors (PHIs) ensuring that the project met the needs of the community, and was sustainable beyond the project phase.

Upon completion the program had vaccinated 1735, sterilized 1266 and treated 624 owned and community dogs in the area. 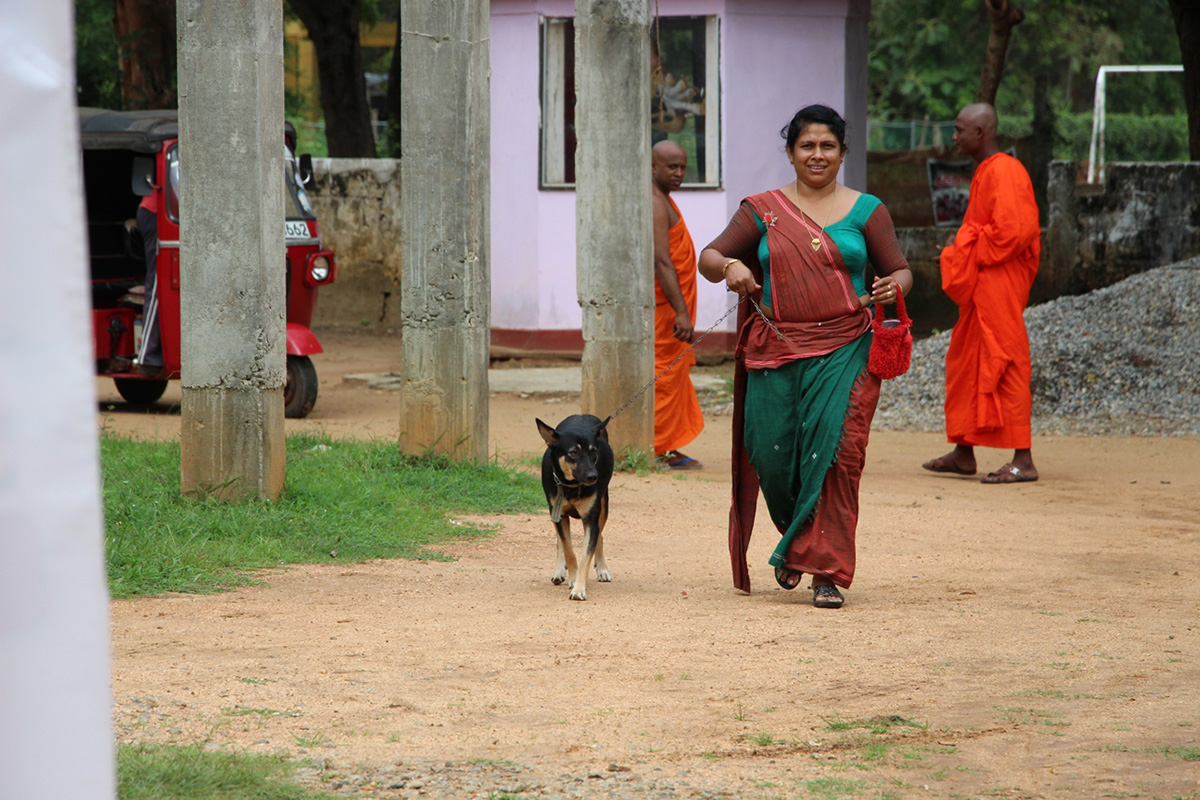 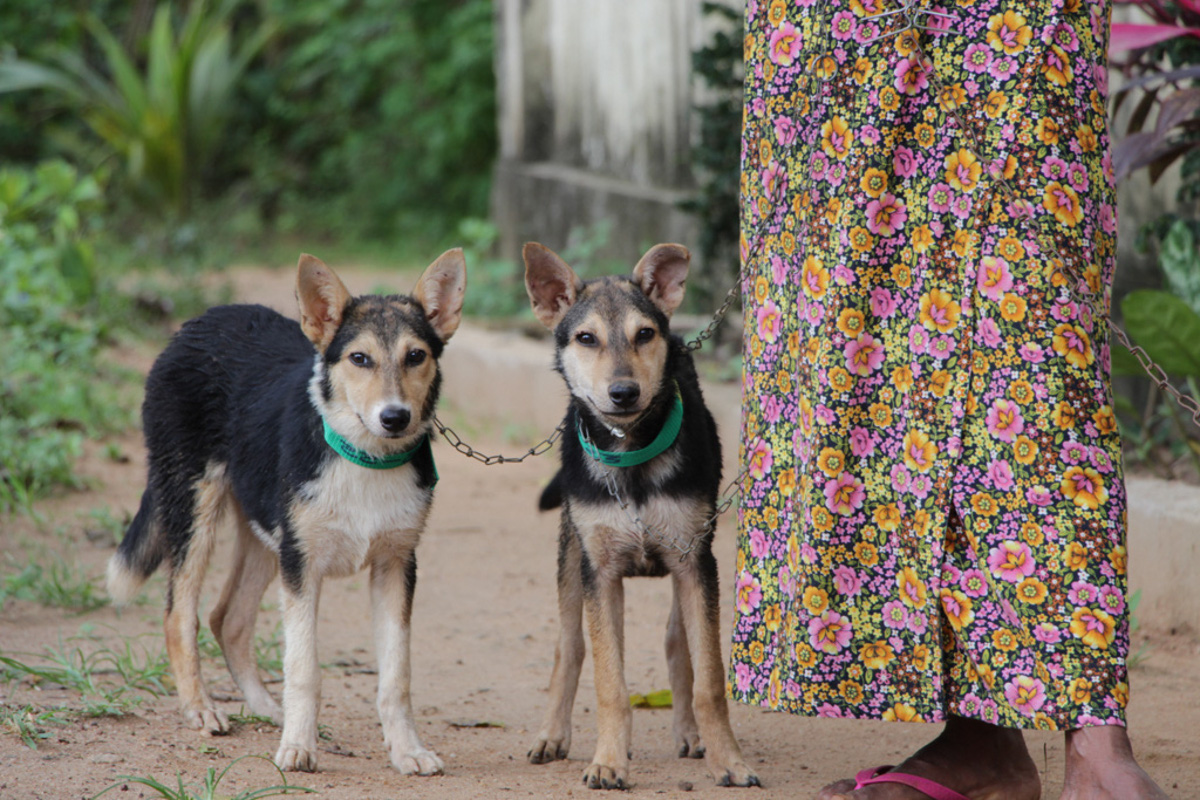